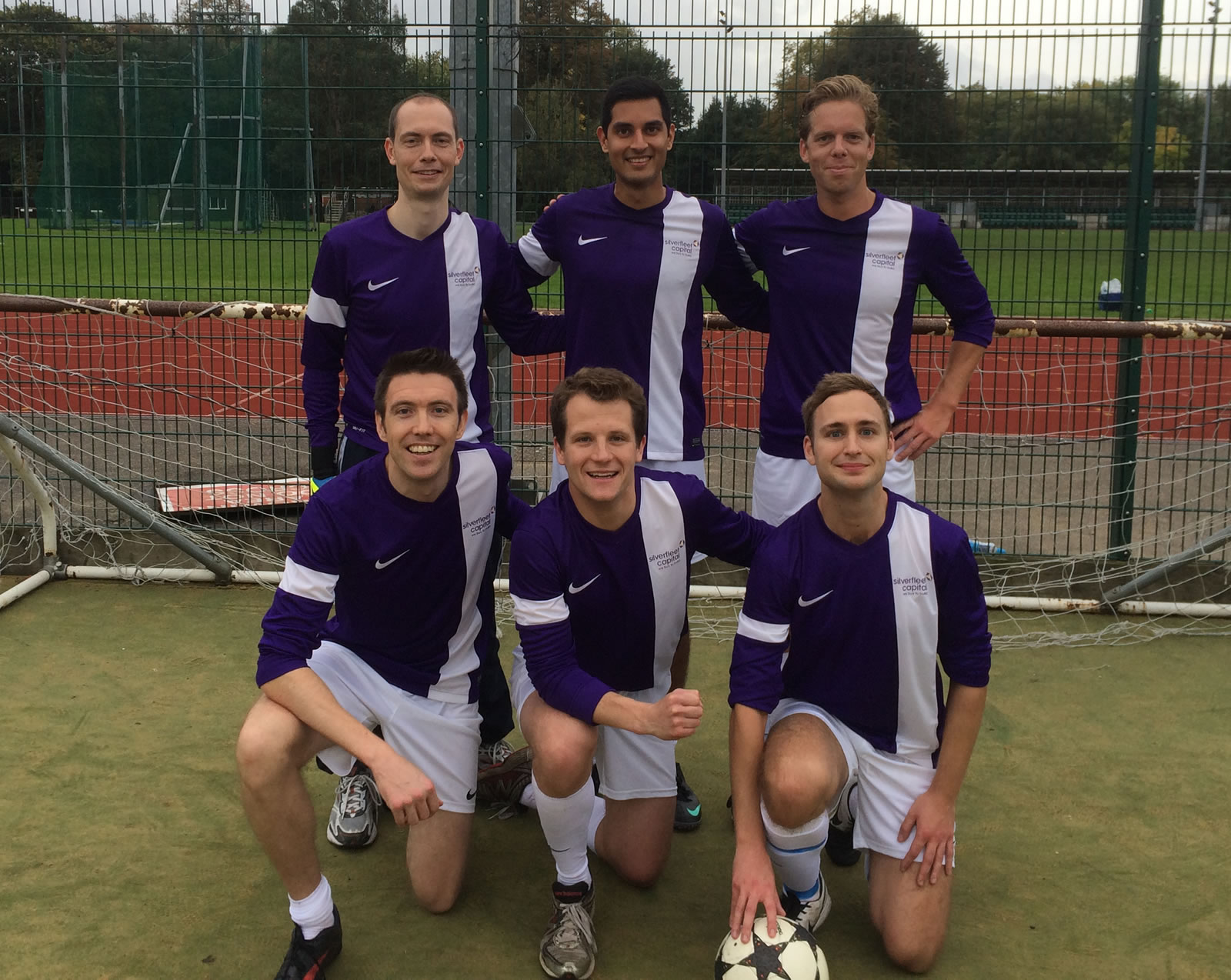 Graphite, KPMG and hosts, Eversheds, were soon left in the wake of the Silverfleet team who, with the effortless grace of Gianfranco Zola, made their way to the final with three wins from three, with a David Mackenzie volley against Graphite the pick of the action, in the tournament’s opening fixture.

A formidable team from AIG were Silverfleet’s opponents in the final, which thankfully did not go to a penalty shootout, as we were unable to call upon our Munich team to bolster the ranks. AIG's goalkeeper offered significant resistance, but their resolve was final broken after a weaving run from new signing, Jakob Wagner including two lovely dummies before a crushing drive into the back of the net. Silverfleet went on to add two more goals (Brendan O’Grady and Rob Knight), which along with some defensive heroics from Sumit Dheir and Patrick Allum, helped to secure a 3-0 victory.