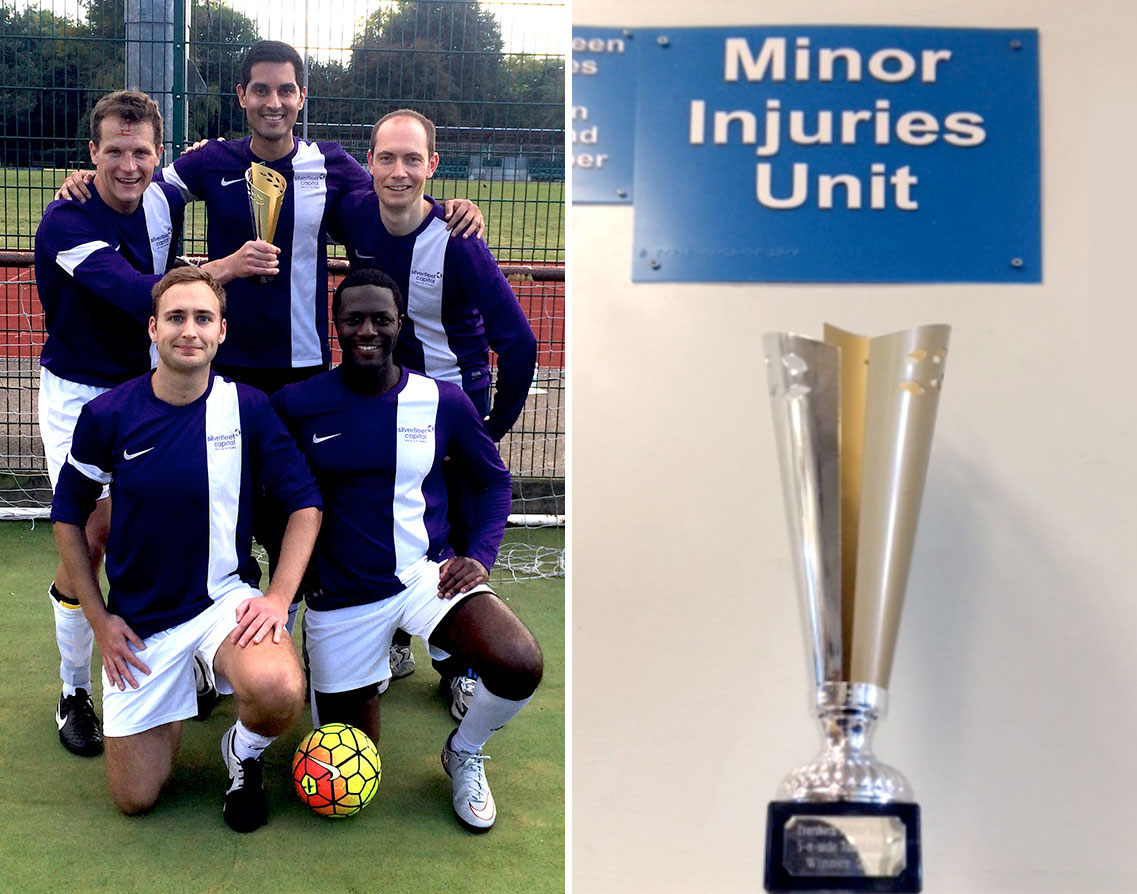 As reigning champions, expectations were high as Silverfleet arrived at the Eversheds 5-a-side football tournament, organised for the Whitechapel Mission charity, which is open 365 days a year and has been supporting the needs of the homeless in the East End for over 100 years.

Silverfleet FC shifted effortlessly through the gears, despatching HIG, PwC and Beechbrook on their way to the final. The spine of the Silverfleet team (Allum, Dheir, Knight and MacKenzie) was unchanged from 2014, but recent add-on acquisition – Peter Kisenyi – soon proved himself a powerhouse in defence.

SFC faced a young Inflexion side in the final, who had narrowly edged out hosts Eversheds in the other group. With Silverfleet seemingly having the game under control, a couple of momentary lapses saw the match go to extra time. Chances were at a premium, but in the dying seconds, a typical burst from Mackenzie, the engine of the side, almost won the tournament for his side, but at full stretch he couldn't quite squeeze the ball over the line. Unfortunately, in an effort to score, “Never-say-die” Mackenzie ploughed head-first into the advertising hoardings. With blood flowing, the game was forced into a penalty shootout...

Four cool heads saw Silverfleet emerge victorious, 4-3 on penalties, which helped to soften the blow as David made his way to the minor injuries unit at the local hospital.