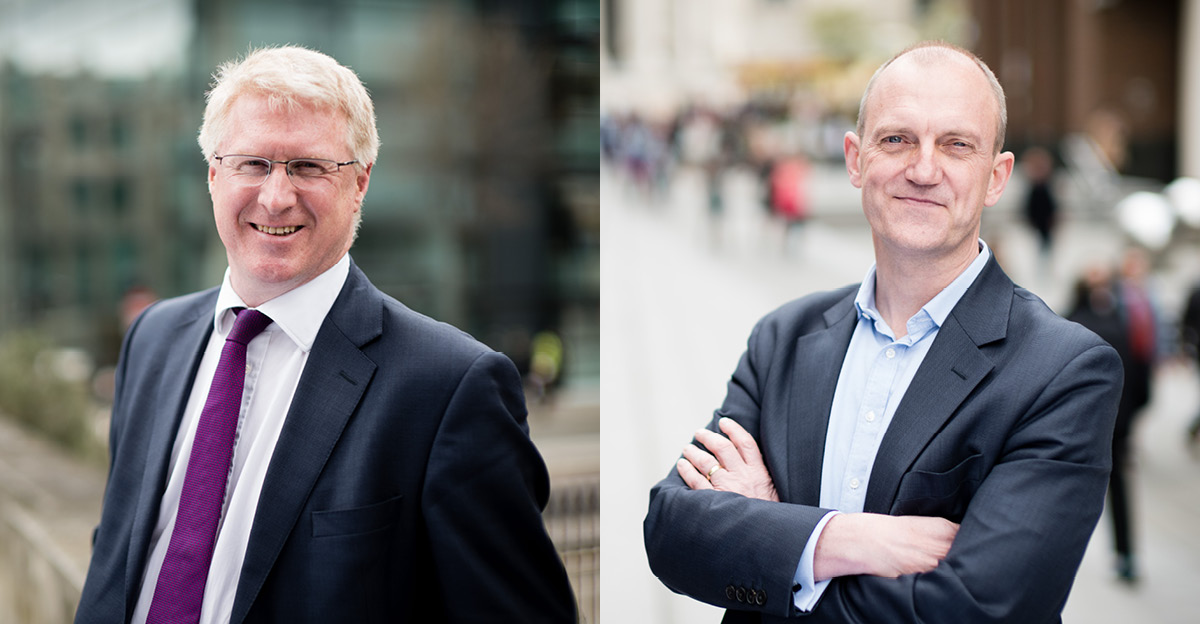 Gareth Whiley, Managing Partner at Silverfleet, sat down with Silverfleet Chairman Neil MacDougall to discuss his role as Chair of the British Private Equity & Venture Capital Association (BVCA). Their conversation covered the impact of the pandemic on the Association and beyond, UK businesses to watch and lessons learned.

Your appointment as Chairman of the BVCA in April means your time in the role has been in the shadow of Covid-19; how has the BVCA responded to the pandemic over the past few months?

The BVCA organises many events. A number, such as regional dinners, have had to be cancelled but in March we decided to move as many as possible online. We held a successful high quality Summit in October involving not only speakers such as Mark Carney but also behind the scenes a director with experience at the BBC, a production company and a green screen studio. Similarly our training programmes have all gone online. With regards to policy we played a significant role in advocating for and shaping the creation of the Future Fund and freeing up access to CBILs for some PE backed companies.

The BVCA’s annual report on investment activity showed that private equity firms had increased the amount of capital invested in UK businesses by £1.6 billion on the previous year. What impact has Covid-19 had on new investment so far this year and what is your prediction for 2021?

According to data from Imperial College London’s Centre for Management Buy-Out Research (CMBOR), there were 205 private equity transactions in Europe in the first half of 2020, down 38% compared with the first half of 2019. That’s also lower than the previous record low (207 transactions) in the first half of 2009. Most of that decline occurred in Q2. Q3 appears to have seen a sizeable bounce back in activity compared to the previous quarter but overall the numbers of deals being done is still notably lower than in 2019. With widespread deployment of vaccines against Covid-19 expected to occur in H1 2021 there should be a continued recovery in deal volumes but there will still be a negative fiscal impact as taxes rise to pay for the unprecedented level of state intervention across Europe.

You said at the recent BVCA summit that the private equity industry’s job is to back the winners from the pandemic. What types of UK businesses would you characterise as winners?

There are short-term winners, most obviously anybody who supplies PPE or sanitiser products, for example, but also longer term winners where people’s habits are likely to have changed. Examples of this are companies providing pretty much anything online to a population increasingly likely to work from home and the software and services to make it happen. Also virology, proteomics, vaccine development and production have all received a major investment boost while supply chains - and how they function - are going to be thoroughly re-engineered.

How long do expect to be in your role at the BVCA and who will take over as the Chair of the association after you?

The BVCA role is a three-year one. I was vice-Chair for a year, I am currently Chair until the end of March, and I will become the ex-Chair for a year starting on the 2nd April, before stepping down from the Council in 2022. My successor, with whom I am working closely, is Kerry Baldwin. She is a founder of IQ Capital, a deep-tech venture fund, reflecting the breadth of the Association’s GP membership.

You have spent more than 30 years in private equity; what has this new role taught you so far about our industry that you did not already know?

The BVCA, as the name implies, also represents venture capital investors in the UK, an area that up to now I was generally aware of but didn’t really know. Having been heavily involved in advocating the establishment of the Future Fund, VC is an area of private markets that I now understand much better.

ESG factors are playing an increasingly important role in how Silverfleet manages itself and its portfolio companies; in your view, what more could the private equity industry be doing to enhance its commitment to ESG?

Diversity and inclusion, sustainability and becoming carbon neutral are areas where there has already been increased focus from private equity. However there is a long journey ahead, where there will also be calls for more transparency and likely increased regulation.

How has lobbying alongside the BVCA helped Silverfleet navigate our own portfolio through the crisis? What are the biggest causes for lobbying where there is progress still to be made?

The BVCA tends to focus its efforts on lobbying in relation to matters that affect a wide range of its members and their portfolio companies, rather than on sector or company specific issues. EU state aid rules, for example, made it difficult despite our best efforts for PE-backed companies to access government backed loans during the pandemic. After the transition period ends there can hopefully be greater flexibility in this area for the worst affected businesses.

Other areas we are focussing on include trying to make it possible for DC pension funds to invest in private markets. In the short term, however, there is also the matter of changes to capital gains taxation and any knock-on consequences there may be for carried interest.

During your time with the Firm, what has been the most interesting or challenging deal that you’ve worked on?

The investment in TMF was without doubt the one with the greatest number of issues to overcome. On entry it involved closing a deal where an important part of the business still needed to receive a change of control approval from the CSSF in Luxembourg. It involved making over 50 add-on deals but first the SEC and Prudential needed to agree to a protocol that allowed KPMG to sell businesses to us while maintaining auditor independence. And finally the exit closed in exceptionally shaky financial markets - two weeks after Lehman Brothers had gone bust. There were a few other material bumps on the road too but in the end we generated a gross MoC of 6.2x – a great result for the Firm.

What do you think are the key elements underpinning Silverfleet’s long and successful 30+ year track record? What have been the pivotal moments for the Firm?

2020 has illustrated that there is a lot to be said for a portfolio that is carefully selected but that is also deliberately diversified by sector and by geography. It is why the current portfolio has been resilient in the face of a global pandemic causing huge short-term falls in economic activity. We were one of the early movers in terms of opening offices across Europe which allowed that strategy to be implemented. Furthermore, spinning the firm out of Prudential plc in 2007 was a pivotal event as it allowed us to diversify our sources of funding.

Your recent support for The Big Issue through donating your daily commute expenses has inspired others across the industry to follow suit. How do you think Covid will change the way private equity works directly with charities? Do you think firms providing short-term support (eg. supply of masks) will create a trade-off between establishing longer term partnerships with charities?

Charities depend on long-term support as well as from one-off benefaction. The latter, while very welcome, is of limited use without the foundation provided by multi-year relationships. However, the spontaneous generosity shown this year by many PE firms to charities in their communities will maybe kick start something longer term.

Silverfleet recognised as a Rising Star